How to execute Flutter integration tests in GitHub Action ?

When you write Flutter integration tests, you have different options to run them on Github Action. You can use a third-party service like the Firebase Test Lab or you can run these tests on emulators (iOS or Android) that you set up. In my last personal project, I chose this last option and I searched a lot on the internet before finding a solution. So here is an article that demonstrates what I learned and what I did to make it work.

To follow this tutorial, you must have Flutter installed. If so, please run flutter doctor to verify that your environment is set up correctly.

Obviously, to run the tests on Github Action, you need a Github account.

Create a Flutter project by using the skeleton template. It scaffolds an application with a List View and a Detail View:

Create an empty repository on Github: 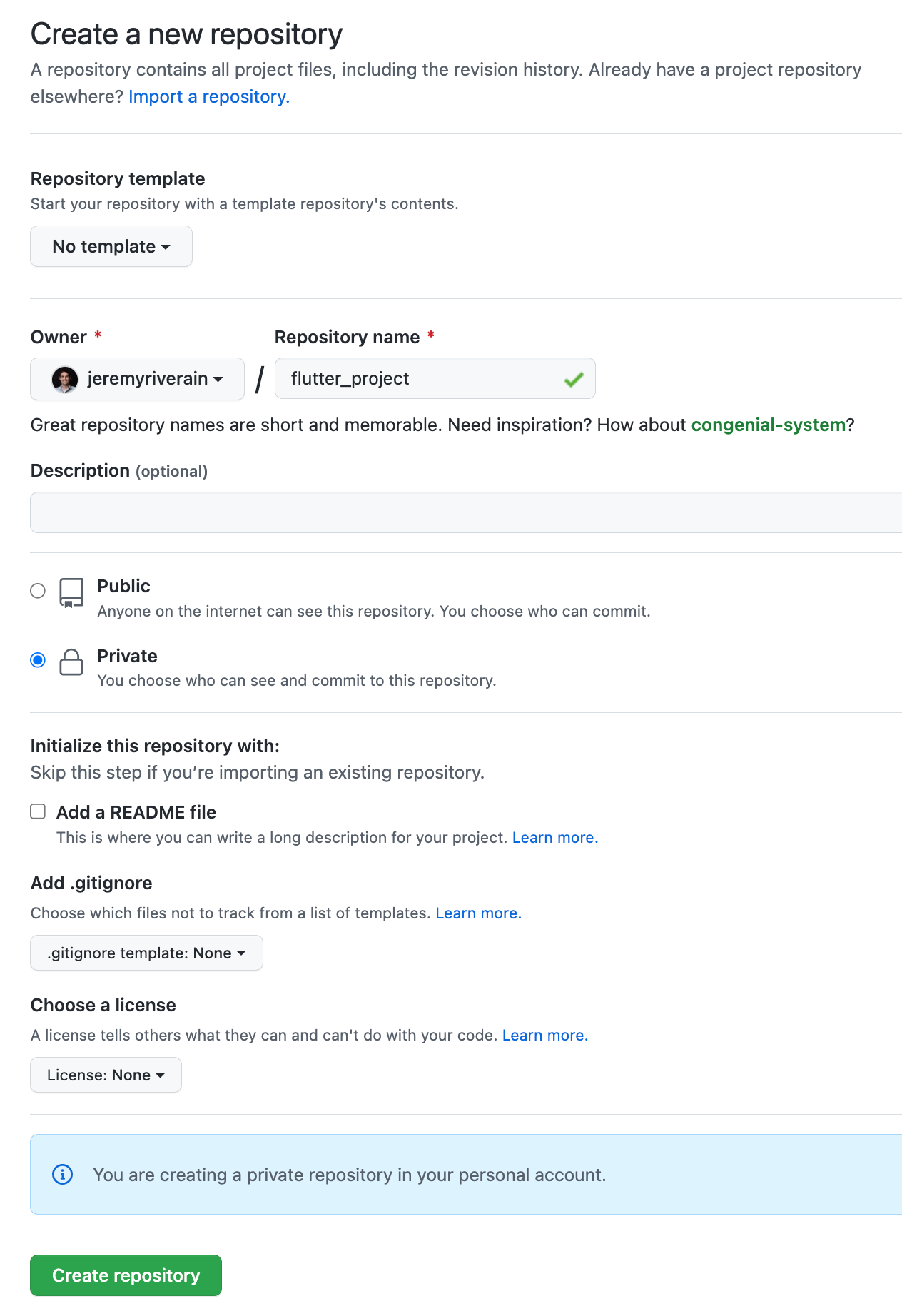 Then, push the project's source code to Github:

We need the integration_test and flutter_test packages to write integration tests. Add these dependencies to the dev_dependencies section of the app’s pubspec.yaml file:

Then install the dependencies:

Create a new directory, integration_test, with an empty app_test.dart file. Now we can write some tests:

Run these tests to verify that they pass:

Now, we need to configure our CI on Github Action. For this, we will define a workflow, composed of 2 different jobs: one responsible for running tests on iOS devices and the second for running them on Android devices.

Then, commit and push your work:

Finally go to the “Actions” tab on Github. You can see your actions are running and performed successfully. Congrats ! 🥳 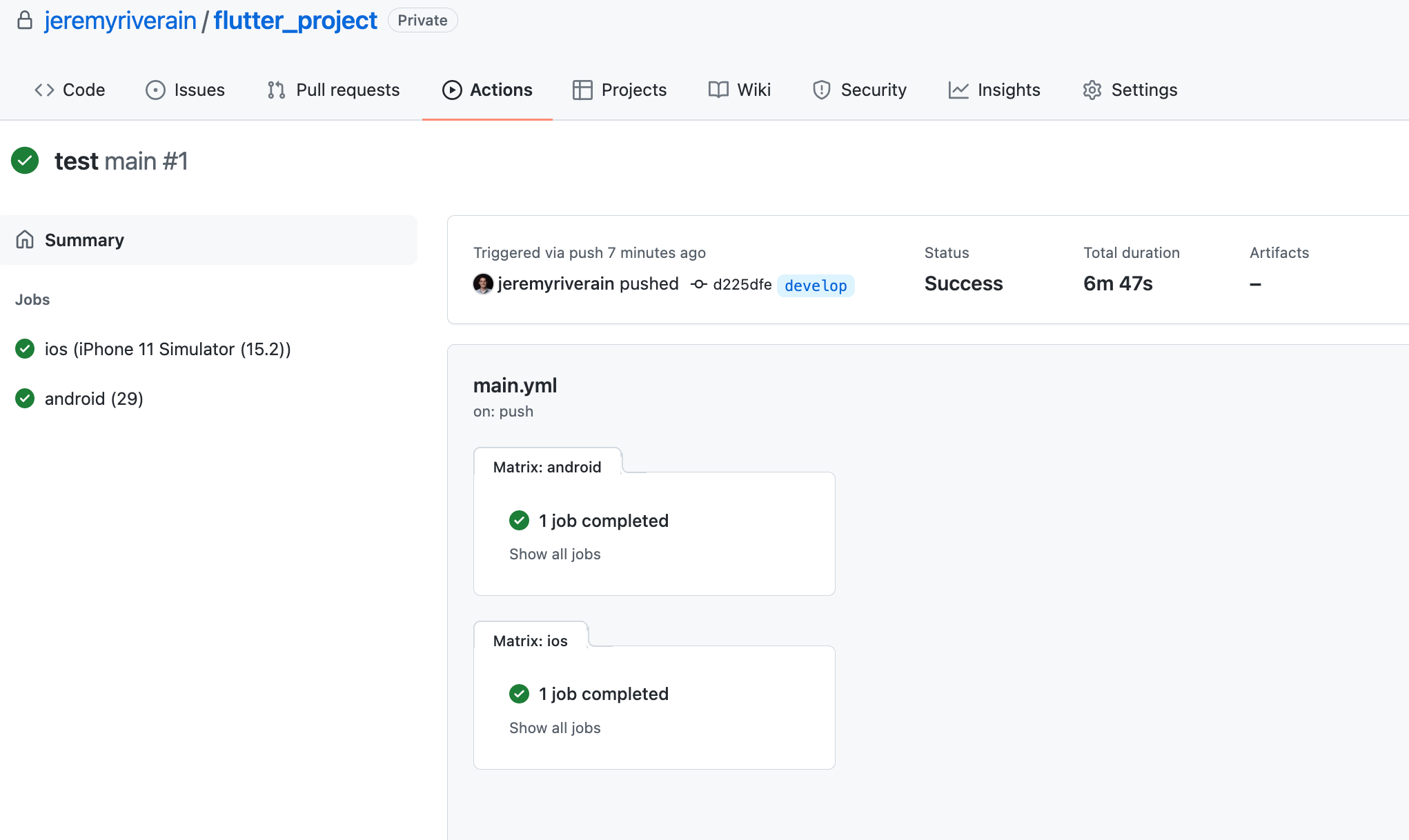